During a semi-regular review of Miss Frisket's web logs I discovered a couple of commercial sites which were sourcing images off frisket.org and either misrepresenting the source as their own or just not crediting the source. Frisket doesn't really mind if people copy pictures (just give her her due credit) but frowns on people misrepresenting her pictures.

So, she asked that I update the site controls to block images from being sourced to unapproved (by her) web sites. There were a few legacy sites which were embedding pictures which I think I've covered. Otherwise, sites will get this image: 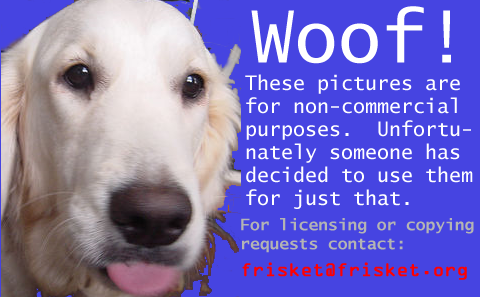 Inadvertently (sp?) I blocked images from being served to www.frisket.org. Frisket whacked me a few times with her paws until I added the appropriate RewriteCond line to the site control file.

For the record, if you want to use any images off either here or the flickr.com site (which at least labels them with a creative commons license), drop frisket a note at frisket.org (that is, frisketbunch of garbage to confuse spambots@more spam food garbagefrisket.org).

Frisket with Brooklyn Bridge,
originally uploaded by epc.
Walked Frisket down to DUMBO this afternoon and rambled around the park on the East River. She found this rock and just had to jump onto it. Totally unprompted (yeah, right).
Weather was nice today, I fully expect it to snow tomorrow.
Posted by epcflickr at 09:30 PM

Frisket's Day at the Beach

Took Frisket down to Indian Wells Beach which pleased her greatly:

We walked along the beach maybe a half mile or more. There was much running and scampering, though she missed her cousin Coco who's been on the D/L with a torn ACL for several weeks now.

Frisket saw several sticks on the beach and checked each one out. She also rescued two sticks from the murky depths of the Atlantic Ocean.

First, she approaches the stick, with a wary eye to the water: 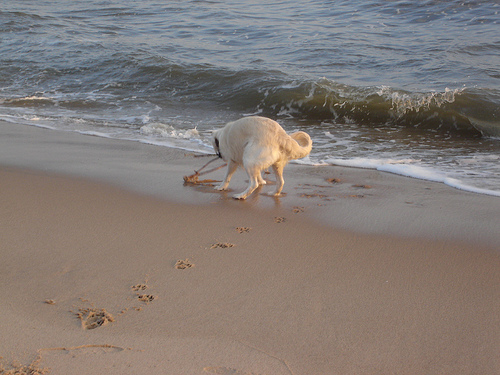 The waves came up and tried to take the stick away, but Frisket persevered and lunged for the stick a second time: 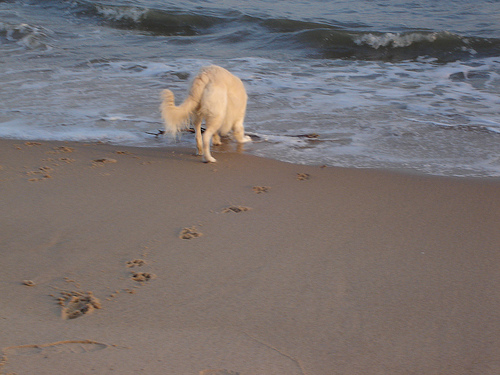 She was quite pleased with herself 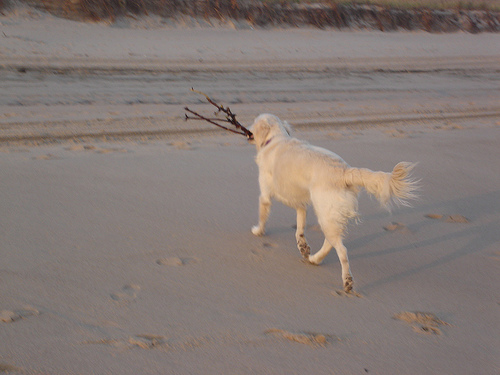 Frisket finally brought the stick to rest at the top of what used to be a dune (the storms have washed away a lot of Indian Wells Beach). Content, she surveys her domain for other sticks which have lost their way. 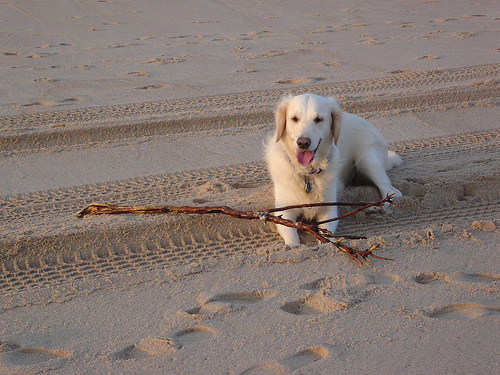